After brewing a batch that is due to be split, firstly move the entire batch to an initial primary vessel. Once moved, the amount to be split can be transferred to another vessel. When splitting a batch between two vessels, Breww will ask if you would like the volume you are moving to a new vessel to be a new batch or not (see below). 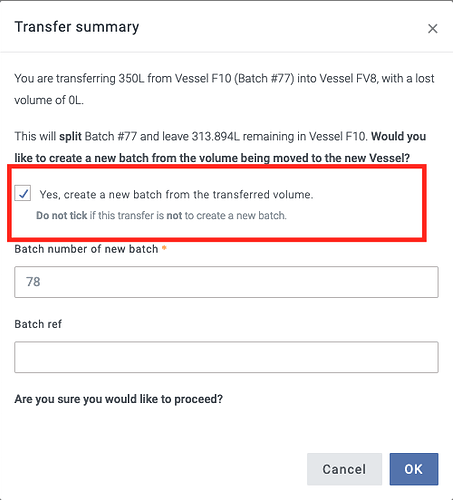 If you click yes, Breww will create a new batch from the transfer. By default, the new batch will be the same beer as the original, but it is then possible to edit the new batch and change the beer it is associated with.

Breww will pull through the costs of the initial batch proportionally, and the ingredient traceability will remain throughout.